DanielGilliesCentral
your latest online resource for all things gillies

Our Meet & Greet With Daniel

So our day pretty much started out in a rush. Daniels photo ops were at 11ish so we had all of 30 minutes to browse around the vending room, figure out where everything was, buy another photo op ticket and get in line. Heather had purchased her ticket early (number 002 to be exact lol) so we were one of the first fifty asked to wait in line. I’d love to skip over the part where I actually walk around the curtain where Daniel had been standing, but I promised full disclosure so here it is.

In total, we had four photos. I made Heather go first since she’d done it all before and then we quickly slid right into our group photo (Me, Daniel and Heather) which was uhhh… After I was left alone with Daniel’s arm still around my waist. To be completely honest with you, all I remember is the first photo was taken in half a second, the next happened just as fast. This is where I lost count of just how many photos were taken. I wasn’t asked to leave so Daniel asked if we had another and all I managed to say was: ”I think I paid for two.” (I’ve spoken vaguely about this before, but l’ll mention it again. I have generalized anxiety disorder and social anxiety both of which hinder my ability to function in fast-paced environments, social situations and anything that would be considered ”normal” day to day life.) He smirked and replied with ”Tell me what pose you want to do.” to which I replied, ”Can we sit on the floor?” I had the pose saved on my phone and I had rehearsed over and over again how to ask for it in detail, but that’s not what came out lol. He said hell yes and you guys know how the rest works. They snap the photo and it’s over. Daniel and the photographer helped me to my feet (Daniel hooked his arm under mine) and I stumbled out. I’m adding this in because it will tie into our meet & greet.

At the beginning of Daniel and Joseph’s panel, Daniel asked the audience to text a number to support Oxfam. We both participated and only after did he mention you’d also be entered to win a private 15 minutes meet and greet. We didn’t really think much about it, sure it would be nice but there were so many people there that participated we knew winning wasn’t in the cards. The likelihood of being chosen by a random generator is what? One in a million. After all was said and done, I recorded some videos and then put my phone away.

Once the panel was over I went back to show Heather the videos I’d taken and there on the front screen read: “Hi, Ashley! This is Brandon with Propeller. You’ve won the Meet & Greet with Daniel Gillies! Get back to me in 10 minutes and I’ll tell you what to do.”

I shoved my phone in Heather’s face trying to verify that I had read it correctly, and even then I think we both thought we were being scammed.

She took my phone from my hand and replied anyway which I’ll forever be grateful for.

After conversing with Brandon we were instructed to wait until Daniel finished signing autographs and then head up to the third floor. Watching him sign and the reactions to him were pretty entertaining so we didn’t leave until the line was died down to maybe 10 or 20 people. Once we reached the room we tried the door and it was locked. So we just stood around, goofed off, tried to “freshen up” which is where I put on chapstick (carmex lol) and then rubbed it in my eye. With my eye on fire I scrambled to the nearest bathroom. After rinsing it for 5 minutes straight, I came back out and there behind Heather in all his glory was Daniel. I just kept saying “Heather. Heather. Turn around…” but she could already hear him (you don’t forget an accent like that) and red-faced she refused. Before he made his way to the designated room we were greeted by staff, instructed to take a seat and that we would have fifteen minutes. The room was decent, pretty empty aside from a table and maybe ten chairs. We sat a chair apart from each other and dumped our stuff down, just assuming Daniel would sit across from us.

By this point we were spent. Going off of maybe 4 hours of sleep, I had 2 drinks at the bar (they over pour btw) and not to mention the adrenaline rush from the photo ops, autographs, and the text. Had it been any earlier, I can tell you we probably wouldn’t have said much. I know for me, being in such close proximity is intimidating. I mean this is the guy I made a fan page for and he’s right on the other side of that door.

But the initial shock was quickly stamped out when he walked into the room with a big smile, thanked us for waiting and then says “Get up and give me a hug!” We both got to our feet and hugged him. He may be the world’s best hugger, not going to lie. It’s one of those hugs you get when you’re greeting a family member or an old friend. Full-on, no hesitations just wrapping his arms tightly around you. Definitely not what you’d expect from a celebrity. After we were seated he actually didn’t take the chair across the table, he wedged himself right between us!

Before anything else was said he immediately saw Heather’s camera and asked if she was into photography and before she could answer he picked up her camera and said: “Oh, this is a 5D, you’re serious.” They chatted gear (he knew a lot) and then he asked what she had taken photos of. I answered for her (sorry, Heather) and told him she had taken a few photos of him and Joseph. He asked us to show him, so Heather pulled up the photos, he took her camera, sat it in his lap and scrolled through. Finally reaching the last few he asked if we’d be willing to send him some good ones since he didn’t take any photos with Joseph all day.

From there we talked about our tattoos (he wants more), liquor laws, religion and history, New Orleans (where he had flown in from), how Heather and I met (the only reason why we mentioned our site) and even gilliespornstache. He literally shouted “gilliespornstache was you guys?” and he told us how funny he thought it was before saying ”Show it to me!” Which is where he pulled out his phone, opened twitter, and gave us a follow. (side note: he finally got rid of the iPhone 7 but still prefers a light blue phone case) The conversation bounced from one subject to another.

He’s so easy to talk to. He took the time to get to know us both and didn’t dominate the conversation. Eye contact wasn’t an issue and he touches his hair a lot, which is drool-worthy by the way. You can see in our selfies he had messed with it lol.

The woman who had escorted him into the room did try to gently remind him of the time on several occasions, but that didn’t slow him down.

So this is where the photo op ties in and luckily there was a small pause in conversation so I jumped in. My reaction at the photo op had eaten me alive. I had obsessed all day over just how bad it had been. I’m sure he didn’t remember but for my own sanity, I had to explain. I told him that this was my first flight (which I had done alone), first con and the first time I had met him and Heather. He genuinely seemed interested, grabbed my shoulder and asked if he could give me a piece of advice. (for my own personal reasons I’m going to leave this part out)

What we will say is that he’s a gentleman, well spoken, very funny, and gives pretty solid advice. He cares about people, and he definitely hasn’t let his status go to his head.

When it was finally time for him to leave, Heather jumped in and asked him if we could take a selfie. Heather took one first (my battery had died) he looked it over, grabbed her phone and added in the dutch angle (this man knows how to take a selfie). We said our goodbyes and he hugged us both at least three times, kissed our cheek and thanked us again for the good conversation.

There is no doubt in our minds that after this experience we will forever be fans of Mr. Gillies. 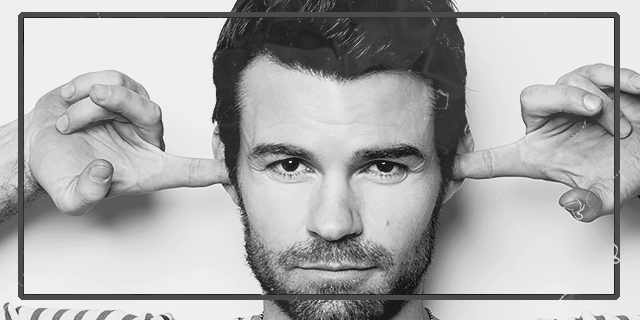 Coming Home in the Dark
A school teacher is forced to confront a brutal act from his past when a pair of ruthless drifters takes him and his family on a nightmare road-trip.
UpdatesPhotosIMDb

Virgin River
'VIRGIN RIVER' centers around Melinda Monroe, who answers an ad to work as a nurse practitioner in the remote California town of Virgin River. Desperate to move on from her painful past, she leaves everything behind in Los Angeles, thinking it will be the perfect place to start fresh and leave her former life behind her.
UpdatesPhotosIMDb

Occupation Rainfall
Two years into an intergalactic invasion of earth, survivors in Sydney, Australia, fight back in a desperate ground war. As casualties mount by the day, the resistance and their unexpected allies uncover a plot that could bring the war to a decisive end.
UpdatesPhotosIMDb
GIF Spotlight 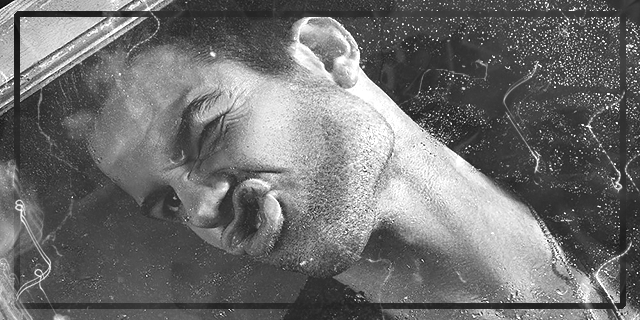 Created and maintained by Ashley

Visit our photo gallery currently at 13,629 photos and growing!

Daniel Gillies Central is a non-profit fansite, made by fans for fans of Daniel. We are in no way affiliated with Daniel Gillies nor any of his family, friends and representative. We do not claim ownership of any photos in the gallery, all images are being used under Fair Copyright Law 107 and belong to their rightful owners. All other content and graphics are copyrighted to amandaseyfried.net unless otherwise stated. No Copyright Infringement Intended. If you would like any media removed please contact us before taking legal action.